Skip to main content
For This Book...
Staff Pick 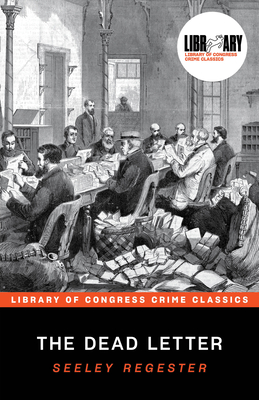 Another triumph with this pioneering crime novel.--Publishers Weekly

When Henry Moreland is found dead on a lonely New York road after a violent storm, it seems he died of natural causes while walking to the home of his betrothed, Eleanor Argyll. An examination of the corpse reveals, however, that he was killed by a single, powerful stab wound. His wallet was untouched, eliminating robbery as the motive--but who would want to murder the well-liked and respected man?

Richard Redfield, an old family friend who harbors a secret love for Eleanor, vows to bring Henry's killer to justice. Richard soon finds himself out of his element. Together with a legendary detective named Mr. Burton, he embarks on an unsuccessful mission to find the murderer. When suspicion turns to Richard himself, he leaves the family behind and goes to work in the Dead Letter office in Washington. Then a mysterious letter from the past turns up, and a new hunt begins...

This twisting tale is the first full-length American detective novel, written under a pseudonym by Metta Victor in the 1860s. It revived American crime fiction, which had languished after Edgar Allan Poe's short stories of the 1840s. Combining elements of Wilkie Collins's The Moonstone and the sensation novels popular in England, it opened the doors for generations of American crime writers to follow.

Seeley Regester (1831-1885) was the pseudonym of Metta Victoria Fuller Victor, one of the most popular and prolific authors of mid-nineteenth-century America. She published more than one hundred novels in a wide variety of genres, including romance, Westerns, temperance novels, and children's literature. She is best remembered for The Dead Letter (1867), the first full-length work of crime fiction by an American author. Her abolitionist dime novel, Maum Guinea, and Her Plantation "Children" (1861), was praised by Abraham Lincoln.