The Penguin Who Was Cold (Hardcover) 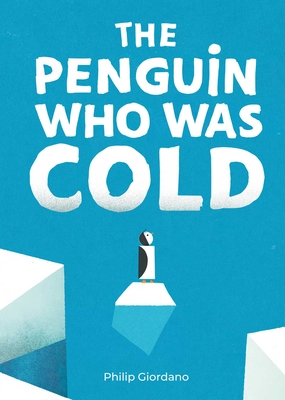 The Penguin Who Was Cold (Hardcover)

"From the multicolored splendor of the island to the black and white of the Antarctic to the brilliant blue of the sea, the storyline and the accompanying images are suffused with comfort." —Kirkus Reviews

A poignant and non-didactic exploration of difference, self-acceptance, the power of friendship, and inner strength.

The Penguin Who Was Cold is an endearing tale of a young penguin named Milo who does not want to dive into the icy water of the pack ice to catch fish. Unlike his comrades, he stays put, standing alone at the edge of the ice and contemplating the cold sea. When a whale appears and offers to take him on a trip, Milo readily accepts. It is the beginning of a fabulous journey. In the faraway South Seas, Milo is amazed by the colors, the warmth of the water and the air, and most of all the friendly welcome he receives from the tropical animals who accept him for who he is and then give a precious and symbolic gift.

Philip Giordano was born in 1980 in Savona, Italy. After studying art in Milan and Turin, he began working as an illustrator for children’s books and magazines, cartoons, and toy design. He spent six years in Tokyo, partly because of his Asian origins, but also because he has always loved the Japanese culture, particularly the Studio Ghibli animations. Giordano’s picture books have been translated into several languages. He has won multiple awards, including the International Award for Illustration at the Bologna Book Fair in 2010, the 2017 Andersen Prize for the best book for 0–6 year-olds, and Taiwan’s best young readers’ book of the year in 2021.
“For the enchanting freshness of the large color plates. For the shrewd and admirable construction of the images. Because he tells us with grace and candor a story that is not at all trivial around the affirmation of his own diversity.”
— The Jury of the Andersen Award

“A beautiful story of friendship and solidarity. The illustrations are elegant and sweet. Simple, geometric shapes accompany a short and dynamic text. The variations of freezing blues and whites of the pack ice give way to warm, shimmering colors when Milo reaches the end of the trip. The coloring is particularly successful and the whole harmonizes to give all its poetry to this beautiful work.”

"The story of finding your community and then returning to find others like you has a timely feel. The true lure of the book, however,  comes in Giordano’s geometric art style. Penguins are little more than circles and rectangles, artfully constructed to resemble birds. The whale is all curves, while a tortoise sports triangles on their shell. From the multicolored splendor of the island to the black and white of the Antarctic to the brilliant blue of the sea, the storyline and the accompanying images are suffused with comfort."
— Kirkus Reviews